What is Ebola Hemorrhagic Fever?

Ebola Hemorrhagic fever is a human disease that is severe and potentially fatal. The disease is marked by severe internal bleeding and organ failure and subsequently, death.

Disease from Ebola virus was first recognized during 1976 in Zaire and Sudan with the outbreak of Ebola hemorrhagic fever. Zaire was reported to have the most number of fatalities during the outbreak with mode of transmission believed to be harbored by humans from infected animals.

The characteristics of the Ebola strain can eradicate a population with outbreak that this characteristic has brought interest to use the strain for warfare and threats of some group of terrorists. The outbreak in communities of Zaire and Sudan has brought the African Government to lock down for isolation the communities affected with the virus strain to prevent it from spreading and affecting the entire country although people from different race can get affected as well especially when exposed to the virus such as those who are frequent travelers to African country or those working with animals believed to be carriers or infected with the virus.

Onset of symptoms and manifestation of Ebola hemorrhagic fever is sudden and varying depending on the type of virus strain that infected the patient. The initial and general symptom which usually occurs during the incubation period of about 3 to 8 days and can last up to a week includes:

Progression of symptoms later follows with manifestation requiring immediate medical attention and these symptoms include:

The virus strain causing Ebola disease is among the specie of two members of RNA viruses called Filloviridae. The infection from Ebola virus has no clear state of carrier as the reservoir for the virus remains unknown and the first outbreak is still undetermined. The first outbreak brought the transmission of the virus to people in numerous ways believed to be from exposure and direct contact with person infected with the virus. Transmission is believed to be from direct contact with blood and secretions of an infected person to those who have come in contact such as a family member or friends within the community.

Exposure to Ebola virus has been classified in to two types to define the mode of infection and these two are:

Primary exposure refers to exposure in the endemic environment such as travels to Democratic Republic of Congo and sub-Saharan Africa. Exposure to potential hosts such as arthropod and bats are also considered.

Secondary exposure is a human to human transmission or human to animal transmission wherein there is a direct exposure and contact to patient infected with the virus.

There are five identified species of Ebola that cause hemorrhagic fever and each species were named after its place of origin while the degree of severity varies.

Zaire Ebola virus (ZEBOV) or Zaire virus is the potentially fatal type of Ebola virus while its name was derived from the origin of its first outbreak near the river of Yambuku in Zaire in August of 1976.

Sudan Ebola virus (SEBOV) was first assumed to be similar with Zaire ebolavirus while this type also has high rate o fatality to those infected. It first emerged in Nzara Sudan in 1976.

Ebola Ivory Coast (CIEBOV) was first identified in chimpanzees in Tai forest of Ivory Coast in 1994. A necropsy was done to identify the strain while one of the scientists who performed the necropsy was later infected with the strain.

Bandibugyo Ebola virus (BEBOV) first emerged on November of 2007 during its outbreak in the District of Bandibugyo which was later on identified to be new specie. This type also has a high rate of mortality among the infected patient.

Reston Ebola virus (REBOV) is the fifth strain that can infect human but do not cause them the disease similar to the first four types. This strain however, can infect and cause disease on animals while it was believed to have emerged from the Philippines.

No definite and approved treatment has been identified to cure this deadly viral disease. The goal of treatment is supportive therapy while patients are placed in the isolation room or in the isolated intensive care unit for those with severe cases. Invasive procedures are being minimized to avoid infecting other people especially health care team attending to the patient.

The massive effect of Ebola virus infection to human has become a challenging to scientists. Drug therapies and vaccines are being studied and evaluated for the purpose of treating if not to eradicate the effect of the deadly Ebola virus which can wipe off an entire community once an outbreak has emerged. 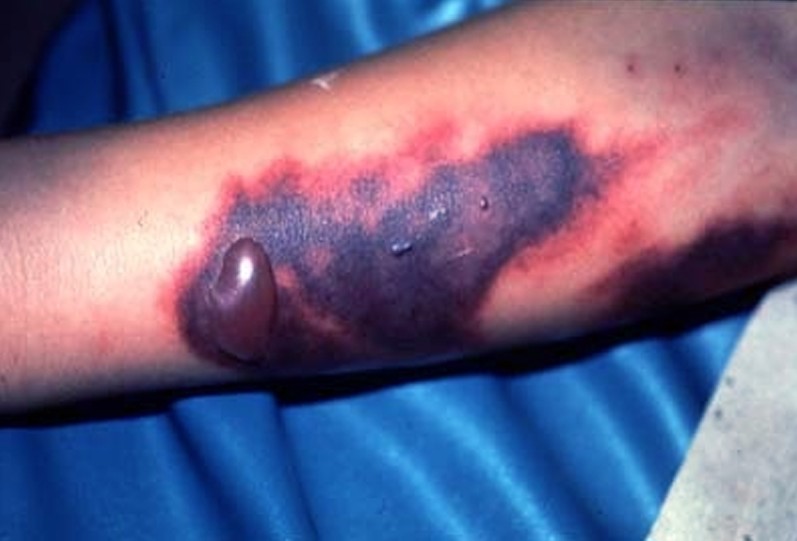