What is Trench Foot?

Trench foot is a medical condition characterized by irritation, rash formation, and even ulceration in the foot’s integument resulting from a prolonged exposure of the feet to dump, wet, unsanitary, and cold condition. The word trench was used to describe this disease because this was first noted in the trench warfare where soldiers suffer from this disease after having their feet exposed to prolonged moisture due to wearing constrictive footwear and also due to lack of water-proof boots. This disease is most prevalent during rainy days, especially in places where flood is a usual phenomenon.

The disease will usually start with a tingling or itching sensation accompanied by pain, swelling and numbness. These manifestations will be felt right after removing the foot from being soaked for a very long time. The symptoms will then progress to rash formation in the foot’s skin then eventually becomes ulcerations. Once the disease won’t be treated accordingly, it may lead to some serious long term damage sometimes resulting to gangrene as the tissues star to die.

A person suffering from trench foot may experience the following symptoms:

Trench foot proceeds from prolonged exposure of the foot to wet, dump, unsanitary and cold conditions. Due to long-drawn-out contact to moisture the skin integrity of the foot is impaired. This will cause the foot to experience itchiness, rash formation, and drying of the foot’s integument. Moisture also promotes bacterial growth which could contribute to the worsening of the disease as it may lead to infection and thereby lead to increased tissue damage. If not attended promptly, rashes may progress to ulceration that’s why the disease is otherwise termed as topical foot ulcers. Once the disease is not treated with proper medical management, it will lead to a more serious medical concern which sometimes leads to gangrene requiring the affected area be amputated.

The disease is common to those people who wear constrictive foot wears which, when exposed to moisture and cold environment leads to the development of this disease. Constrictive foot wears contribute to the impairment of blood circulation to the foot thereby inhibiting the distribution of oxygen and other nutrients to the foot. Cold conditions also contribute to decreased tissue perfusion in the foot’s skin as it promotes vasoconstriction leading to decreased amount of circulating blood to the foot tissues. This causes the patient to experience numbness, swelling and sometimes, muscle cramps. Prolonged depletion of the foot from oxygen will lead to tissue death which is manifested by ulcer formation which could be worsened by other factors such infection, lengthened contact to moisture and constant scratching of the skin. The disease could lead to more sever complications which do not only affect the skin but also the subcutaneous tissues, muscles and even the bones. Once taken for granted, this may lead to loss sensation to affected part which will lead to tissue necrosis which would manifest a rotten odor to the foot and then will lead to gangrene. Some cases which were not treated with the proper medical management proceeds to loss of the different parts of the foot which will be the cause of foot amputation.

It would be easier and better if the disease be prevented before it starts its progress. It could be prevented through the practice of proper foot hygiene, constant changing of foot socks, keeping the foot dry and clean and by not wearing constrictive foot wears. These measures will help you prevent the event of developing the disease.

In instances that the disease could not be prevented, some measures are also observed to prevent the disease from developing into more severe complications. In this way, the disease may be treated easily as it does not require a much more complicated medical management.

Once a person develops this disease, first of all, one should clean the foot using mild cleansers. Cleansers with strong formulations may worsen the condition as it could possibly cause further damage thus causing additional tissue trauma. After cleaning the affected area with mild cleanser, have it dried using a clean towel carefully. Drying the skin will reduce its exposure to moisture and thus reduce the event of tissue integrity impairment secondary to prolonged exposure to moisture. After drying the foot, keep them elevated and gently warm them with smooth skin contact. Elevating the affected area promotes increased venous return thus reducing its inflammation. After elevating the foot, carefully warm the feet by immersing it in warm circulating water, about 40-42 C temperatures, for 15 to 30 minutes. This would allow the foot to retrieve its normal temperature and increase blood circulation as heat application promotes vasodilatation thus improving the blood distribution in the affected site. Make sure that the temperature is maintained, increased in temperature of the water could do further damage to the skin. To relieve the foot from pain due to tissue destruction, one may take over-the-counter antiinflamatory agents and analgesics such as aspirin or ibuprofen.

Contact your podiatrist (physicians specializing in management of foot problems) for further information regarding the cure of the disease. Make sure that the foot is covered with adequate amounts of clean clothe to prevent the recurring of cold injury. 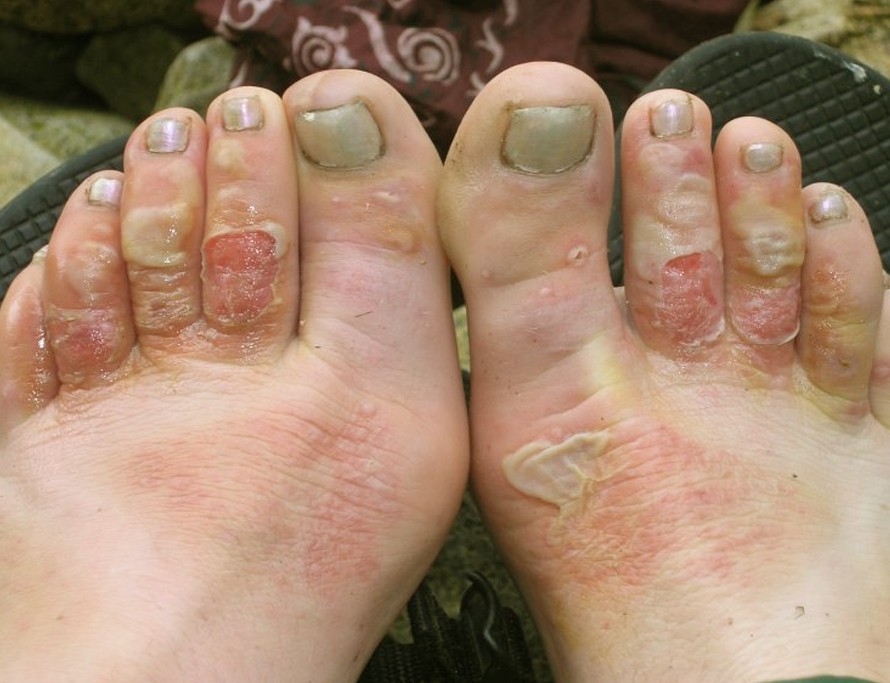 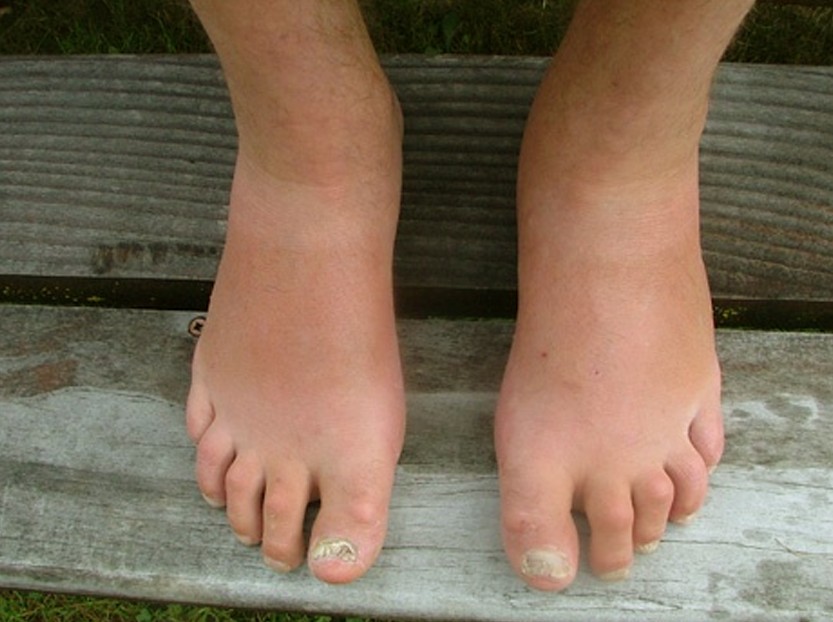 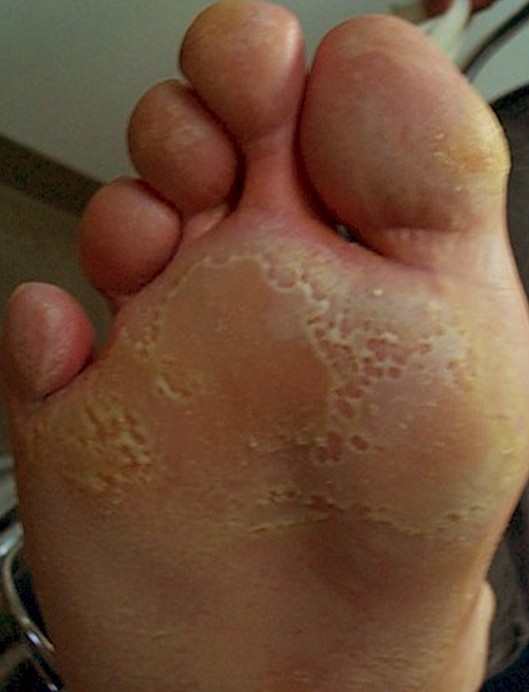