What is Spinal Meningitis?

Meningitis or spinal meningitis is the inflammation of the membrane surrounding or covering the brain and the spinal cord. It is a life-threatening inflammatory disease that can destroy and harm the nerve cells and cause bleeding within the brain.

Meningitis can affect anyone and in all age groups with prognosis depending on the causative agent, age of the infected patient and the severity of the condition. Infants after the first year of life and older adults are at high risk for mortality while the mortality rate decreases in midlife. Patients with evident impaired consciousness level are at high risk for mortality or may suffer from neurologic impairment once condition is survived while neonatal mortality is at higher risk despite the advancement in medical modalities. Meningitis however, can resolve on its own within a couple of weeks although this depends on the condition of the patient and the pathogen that infect the patient while immediate medical attention is advisable with early suspicion of meningitis to prevent serious medical complications.

It is more difficult to realize the onset of spinal meningitis among infants and newborn babies as they may not have the classic signs and symptoms of the disease and they have trouble in verbally expressing what they feel. The symptoms in this age group may include the following:

It is important that a medical consultation be sought if signs and symptoms of meningitis are being experienced and if there is already a suspicion of meningitis in the family. One will never realize what type of pathogen has caused the condition while it is necessary to be seen by doctors to treat the condition earlier and prevent the onset of other serious medical condition if left untreated and unattended.

It is significant to identify the causative agent of meningitis as this may be caused by a lot of factors although bacterial and viral infections are the most common cause although various microorganisms can contribute to the cause of meningitis.

Viral meningitis is the mild form of meningitis that usually resolve on its own and can treated at home. This type of infection can be defeated and contained by the body’s immune system except when the infection has reached the bloodstream and can pass it on to the membranes surrounding the brain and spinal cord. Enterovirus is among implicated in meningitis although there has been no definite virus identified to commonly cause the disease.

Bacterial meningitis is caused by bacterial infection that has reached the blood stream and passed on to the membranes surrounding the brain and spinal cord although direct bacterial infection in the meninges can also develop as a result of ear or sinus infection and fracture of the skull. Different bacterial strains can contribute to meningitis although the most common may include the following:

Group B Streptococci found in the vagina and Escherichia coli found in the digestive tract are the most common strain that can infect the meninges of the brain and spinal cord of premature babies and newborn babies until the age of 3 months.

Streptococcus pneumoniae is the most common cause of bacterial meningitis among infants and older children including adults.

Listeria monocytogenes can be found in contaminated food, soil and dust. The strain of listeria can cross the placental barrier of pregnant women and may cause meningitis to developing fetus during the latter part of pregnancy and this can lead to stillborn or death in an hour to newborn baby.

Neisseria meningitidis is among the leading cause of bacterial meningitis and is highly contagious. It commonly affects older children and young adults with bacteria mostly from upper respiratory tract and has invaded the bloodstream.

Haemophilus influenzae type B used to be the leading cause of bacterial meningitis among children and infants although the spread of this strain has been controlled with the development of HiB vaccines.

Treatment and management of spinal meningitis depends on the pathogen that infected an individual. It is rather important to seek medical advice if there is a suspicion of meningitis to immediately managed and treat the condition.

Bacterial meningitis requires prompt medical intervention as this form of spinal meningitis is potentially high risk for mortality especially when left untreated for a long period of time. Antibiotics or combination of antibiotics are given intravenously and in broad spectrum to achieve recovery and prevent complications that can be life-threatening.

Viral meningitis usually resolves on its own without medical intervention. Adequate bed rest, increase fluid intake and over-the-counter medications are given to relieve pain and fever.

Both bacterial and viral meningitis are contagious with epidemic high on developing countries with less medical resources to control and prevent the spread of the disease. The advancement in medical technology has brought on new vaccines to prevent infection causing spinal meningitis. 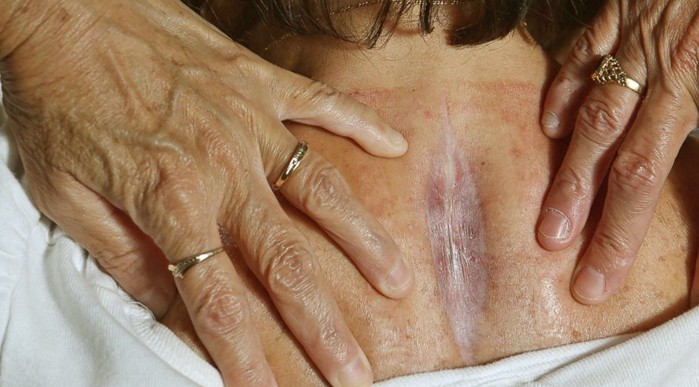